5 Reasons Your Resume Fell into a Black Hole 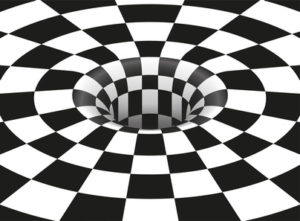 You’ve sent your resume out for a dozen jobs this month, but it seems like it’s disappearing into another dimension because you aren’t getting calls. Sound familiar?

Chances are, one or more of the following issues applies to you. Maybe…

…you didn’t act quickly enough. Just because the job posting says “Apply by July 24” doesn’t mean they won’t already have settled on a short list by the 20th. Be the early bird.

…your resume stated what you did, but not how well you did it and what difference it made. Let’s say you planned, led and completed a project. Well yes, but lots of people could do that. Did you do it better? Was it more difficult than it sounds? Did you solve a problem that was threatening to derail the initiative, then get the project back on track to hit an outrageous 5-week deadline? If so, add that!

…your resume is hard to read. Resumes that are wordy (using five words where two would do), crowded (long sentences and paragraphs, too little white space), in a tiny font (try not to go below 10 pt.) or that look disorganized are hard to read. Like this paragraph was. (Too many parentheses.)

…you didn’t use a proofreader. Long before I became a job search coach I worked as a proofreader and copyeditor, correcting professional writers’ manuscripts. When I was done with them, nearly every page was marked with numerous corrections. Your writing is not as clean as you think.

Did you know you can hire a proofreader for less than $5 a page? You can’t afford not to. And proofread it yourself too, because nobody’s perfect.

…you only sent your resume to Human Resources. Yes, I know, you were instructed to send it there. But don’t stop there. Figure out who the hiring manager is, and send it to him directly as well – maybe with a follow-up phone call as well.

Have you solved these resume mistakes? Still not getting the interview as often as you’d like? Read the next post: “5 More Reasons Your Resume Didn’t Get You the Interview.”

How to Write a Relocation Resume