Job Search Tips from the Olympics 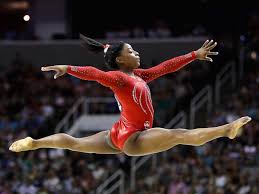 Job search has more in common with the Olympic Games than you might think.

Both require a participant to do their best in a high-pressure, competitive situation. And every great athlete knows success is not due purely to physical prowess; mental preparation is huge.

A study of Olympic athletes has shown that four key mental skills were crucial in their success.

Immediately before the race I was thinking about trying to stay on that edge, just letting myself relax, and doing a lot of positive self-talk about what I was going to do. I just felt like we couldn’t do anything wrong. It was just up to us. I said, ‘There’s nothing that’s affecting us in a negative way, the only thing now is to do it, and we can do it . . . I just have to do my best.’

I’m sure Olympic athletes have unhelpful thoughts, too – the equivalent of a job seeker’s “I’m so awful at interviewing” or “I can’t call that hiring manager, I’ll make a fool of myself!” But they can’t afford to let those thoughts go undisputed – and neither can you.

Instead of kicking yourself when these thoughts occur, just kindly replace them with positive thoughts like “I’m working on my interviewing skills and getting better all the time” or “I’ll get ready for that call and I’ll make a good connection” or “I’m calling him five minutes from now and we’re having a great conversation.”

These athletes had very well developed imagery skills and used them daily. They used imagery to prepare themselves to get what they wanted out of training, to perfect skills within the training sessions, to make technical corrections, to imagine themselves being successful in competition, and to see themselves achieving their ultimate goal.

Visualization goes even further than positive statements. Saying to yourself “I’m calling the hiring manager and we’re having a good conversation” is good – and vividly imagining is even better.

For tips, see my article Mental Practice for Interviews.

The best athletes had clear daily goals. They knew what they wanted to accomplish each day, each workout, each sequence or interval. They were determined to accomplish these goals and focused fully on doing so.

We all know determination is important. How can you be determined to accomplish something if you don’t know specifically what it is? The overall goal of “get a job” is a start, but you also need smaller goals that will get you there. Set objectives like “10 networking conversations this week” and apply your determination to those.

The best athletes made extensive use of simulation training. They approached training runs, routines, plays, or scrimmages in practice as if they were at the competition.

Practice aloud for important phone calls. Do mock interviews. Be realistic, making sure your posture, facial expression and tone of voice are the same as they should be in the real situation. For interviews, do a dress rehearsal at some point.

Follow these four pointers in your job search and perform at the top of your game!

How to Stand Out in Interviews – Focus the Interviewer’s Attention!