No, You Don’t Have to Take that Job 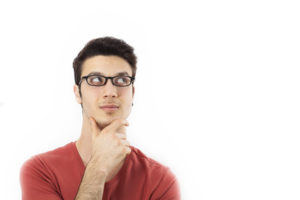 You really need a new job, you’ve had an interview, and you’ve finally got a job offer in hand. It’s not quite what you hoped for, but you have to take it – right?

It can feel that way. Your mind is a storm of emotions. You’re flattered. You’re anxious to end the discomfort of your current situation. There’s a tight feeling in your shoulders and a voice in your head (your own voice, or maybe your spouse’s or parent’s) that says “Act fast. Don’t let this get away. Hurry.”

Make sure you’re making a smart decision, not just panicking.

Here’s the story of how this looked for one of my clients.

Evan (not his real name) had been working on a contract basis for a company, let’s call it Silver Co., making just enough to get by. His manager said they wanted to build a full-time job for him, but it sounded a little vague, and it would take them several weeks to work out the exact job duties. Nothing had been said yet about the salary.

All in all, he guessed the potential offer would be somewhere between fair and very good. Maybe not ideal, but probably the right job for the next year or two.

Meanwhile another company, Blue Inc., had definitely offered Evan a job. They wanted his answer within a week.

He wasn’t excited about this offer. The location wasn’t what he was looking for, the culture looked a little toxic and the pay was low. It seemed likely that the job at Silver would be better. But “a bird in the hand is better than two in the bush,” Evan said. He had been underemployed for nearly a year. He said to me, “I shouldn’t turn down a job offer at this point.”

Evan’s initial question to me was “How can I get (Silver Co.) to give me some idea of the salary so I can compare the two jobs before I give my answer to (Blue Inc.)?”

My first thought was “Isn’t that the wrong question? He doesn’t even like the Blue job.” But first I wanted to answer the question that’s on his mind.

Here’s what I advised: Pushing Silver to talk about money before they’ve even firmed up the job description could easily damage his ability to negotiate and result in a lower salary. It’s almost always better to avoid discussing salary figures until a firm, detailed offer is on the table.

Further, I pointed out what I was hearing as Evan told me about the Blue job. The many doubts and downsides. His lack of enthusiasm for it. And my sense that his hurry about their offer was a false urgency, since his contracting income was decent enough to allow him to take his time and get the right job.

Evan’s whole mood changed when I said this, and the energy returned to his voice as he thanked me for confirming what his gut was already telling him.

So here’s what Evan did:

Evan left our meeting visibly relieved, with plans to work with me on an effective job search campaign that would maximize his options even beyond these two companies.

A few weeks later he called to tell me that Silver Co. had written a job description that fit his interests better than he had expected and made him an offer, which he accepted with great satisfaction.

Maybe you don’t have to take that “blue” job, either.

I don’t know your financial or career situation – or whether you’re receiving unemployment benefits that you’ll lose if you turn down a job offer. So I can’t tell you whether you can afford to say “no, thanks” when you’re offered a job you don’t want. But I can encourage you to take a deep breath, look at the facts, consider what’s best in the long run, and make a calmly considered decision.