Think You Know How to Network to Find a Job? Take this Quiz. 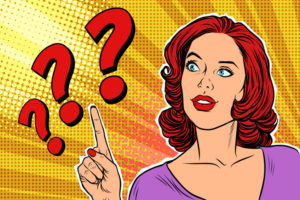 Every job seeker has heard about the importance of networking in the job search. How much do you know about how to make it work for you?

Number a piece of paper from 1-10, then jot down True or False next to each number. When you’re finished, scroll down to the bottom for the answers.

Don’t peek at the answers below until you’ve written down your answers!

Oh, you’ve already written them down? Okay, here you go:

Now, how did you do?

If you answered correctly 5 questions or fewer: You may find networking to be stressful and ineffective. Have you given up on it–or perhaps never even tried it– thinking that you’re just not the kind of person who can do it well? Good news: You can do it, you just haven’t been aware of the best practices until now. Using what you’ve learned from this quiz will be a strong first step toward much better results.

If you answered correctly 6-8 questions: You have a lot of what it takes to network effectively; you just need to rethink a couple of things and experiment with new approaches. Go forth, practice and keep learning.

If you answered correctly 9-10 questions: You’re probably having great success with networking (assuming you’re actually acting on your knowledge).

For one-on-one help with effective job search networking, contact me.  It doesn’t come naturally to most people, and it can really help to have an expert answering questions and cheering you on.